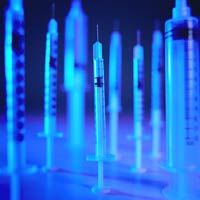 State law AB136, which took effect Jan. 1, 2000, decriminalized needle exchange programs operated by public entities provided the City or County declares a local health emergency. On Oct. 16, 2000, the San Diego City Council declared a local health emergency in response to the rapid spread of the Hepatitis C Virus (HVC) and the Human Immunodeficiency Virus (HIV) through the shared use of needles and syringes. The Council has continued to declare the local health emergency periodically in accordance with state law.

The City Council also directed the City Manager to develop and implement a one-year Clean Syringe Exchange Pilot Program with a drug abuse treatment referral component and directed the Manager to convene a Clean Syringe Exchange Program Task Force to determine the proper steps to assure implementation of a program that would benefit the community as a whole. The Task Force provided recommendations after extensive investigation and study of local conditions and of programs implemented in other cities facing a similar crisis.

Disclaimer: The City of San Diego does not endorse or condone the use of illegal drugs. The Clean Syringe Exchange Pilot Program has been created to address a public health crisis related to Hepatitis C and HIV epidemics which are exacerbated by the shared use of needles and syringes by injection drug users.

The Task Force members were:

The City Manager appointed a 12-member Clean Syringe Exchange Program Facilitation Committee on Oct. 7, 2002. The Committee is charged with monitoring the pilot program and making final recommendations to the City Manager and City Council. Committee members as of January 2005 are:

All funding for the Clean Syringe Exchange Pilot Program is provided by the Alliance Healthcare Foundation. No City funds have been allocated for the operation of the pilot program. Finding solutions to community health needs is at the heart of Alliance Healthcare Foundation's purpose. The Foundation's work in grant making, community education and advocacy is dedicated to improving access to basic healthcare, preventing violence and substance abuse, controlling communicable diseases, enhancing mental health services and generating public awareness about environmental and community health issues.

The Family Health Centers was awarded a $367,000 contract for the one-year pilot program. The contract for program evaluation was awarded to San Diego Association of Governments (SANDAG) and Johns Hopkins University School of Public Health.

A survey of high school students from four Baltimore high schools conducted by Johns Hopkins University researchers was conducted to determine what factors influenced their attitudes about illicit drug use. Among the 1,110 students who responded to the survey, 49.9 percent thought that peers using drugs promoted drug use, and 43.5 percent thought parents using drugs promoted drug use. Nearly half of the students (46 percent) viewed seeing drug users at clean syringe exchange sites as a deterrent to drug use and almost as many (43 percent) viewed seeing drug users at a clean syringe exchange site as having no impact.

The well-known medical maxim primum non nocere, "Above all, do no harm," has been replaced in modern bioethics by the concept of beneficence. Beneficence supports harm reduction programs across a variety of public health issues, including clean syringe exchange programs.

The principle of beneficence has been explained in the following terms:

"Those engaged in both medical practice and research know that risks presented by interventions must constantly be weighed against possible benefits for patients, subjects and the public. The physician who professes to 'do no harm' is not pledging to never cause harm, but rather to strive to create a positive balance of good over inflicted harm." Additionally, beneficence in interpreted to mean that, "When a life is at stake, it may be justified to take high risks of harm." - Contemporary Issues In Bioethics

This principle recognizes that in a complex world we are faced with the prospect of cooperating to some degree with individuals or groups whose goals we may not fully share. Therefore, it is arguable that permitting or even cooperating with clean syringe exchange programs would be allowed by traditional moral principles.

Scheduled Meetings - Open to the Public

The Clean Syringe Exchange Facilitation Committee meets on the 1st Thursday of every month at noon at Civic Center Plaza, 1200 Third St., Suite 924 (Community Services). Most recent meeting agenda and minutes are posted for public review.