Know Before You Go

The City of San Diego and Cox have teamed up to bring free Wi-Fi access to December Nights!

What's happening in the...

The House of China is open every Saturday & Sunday for 5 hours between 11:00 & 5:00 pm. Refreshments are served. Each guest receives their own name in Chinese characters as a souvenir. At December Nights you can enjoy dumplings, bao, egg rolls, milk tea and boha tea.

It has been said you have really never been to a country until you have experienced the taste of their wine, the fruits of their soil and their hospitality. At the House of Colombia you will not be shortchanged. Try Colombian beef turnovers, carne asada, corn cakes, and boiled potatos with sauce.

The House of Szech & Slovak Republics Cottage was founded in Balboa Park in 1935 as part of the California Pacific International Exhibition. Learn more about our cultures and try some sausages, dill pickles, potato salad, and pastries.

The House of Denmark cottage is open every Sunday from 12:00 Noon to 4:00 PM. Come by and enjoy some Danish hospitality. At December Nights you can enjoy Denmark's famous Aebleskiver with strawberry jam and apple stew, plus hot cider, cocoa, and coffee.

Learn about the history and traditions of England. At December Nights you can try traditional foods and drinks from England's culture past and present like Jam Tarts, Shortbread, Brownies, Lemon Cake, Cookies, Mince Pies.

Since 1940, the House of Finland’s membership has opened a window to Finland for our visitors. For December Nights we offer a spread that is sure to warm our visitors up: meatballs, salmon casserole, pea soup, beet salad, rice pudding, Finnish donuts, pulla, berry pie, prune tart, and cloudberry ginger bread dessert

The House of France, formerly called the French Cottage, opened its doors after the 1935 Exhibition. It moved to its present location in the 50s, where the space is shared with the House of the Philippines. Visit us during December Nights to taste cheese, madeleines, crêpes, onion soup as well as an assortment of French pastries (éclairs, mille-feuilles otherwise known in the US as Napoléon, fruit tarts, etc.)

The House of Germany was founded in 1935 and its mission is to unite Germans, people of German descent and their families, and others interested in the German culture and heritage. Traditional applestrudel, cakes, coffee and hot chocolate will be at December Nights.

The House of Hungary opened in Balboa Park on May 5, 1995 which coincided with Hungary’s anniversary marking 1100 years of statehood. Try authentic Hungarian specialties, like Hungarian sausages with cabbage and potato, freshly made crepes with jam and pudding filling, the famous goulash soup and a variety of  pastries at December Nights.

The House of India showcases India's rich culture and cuisine by active participation in Lawn Programs, Ethnic Food Fair and December Nights at Balboa Park. Some of the featured foods include Samosas with Chutney, Naan, Rice, Chicken & Vegetable Curries, and Chai Latte.

In October of 2004, the House of Iran completed construction of their and donated it to the City of San Diego as a gift from the Iranian American Community in appreciation of the opportunities they have found in our great city. At December Nights you can try chicken kabob with rice, pita bread and salad, hot vegetarian herb noodle soup and desserts such as baklava and pastries served with hot tea and other drinks.

Enjoy a cup of tea and soda bread by our hearth and be transported to the Emerald Isle. Relax and enjoy the traditional Irish dance music or sing along with your favorit Irish ballads. There may be Irish dancers about, feel free to join in if your feet get jumpy. During December Nights we also feature Irish Stew, Pasteries, Soda Bread, Irish Coffee, Tea, Lemonade

After completing its first renovation in its 63 years, the House of Israel celebrated its reopening in June 2011. The new design encourages visitors to learn about Israel, during its more than 2,500 years of history. At December Nights we feature many traditional foods like falafel, Latkes (Potato Pancakes), Chanuka Sufganiot (Holiday Donuts), Applesauce, Water, and Sodas.

The House of Italy plays a major role in maintaining the Italian Americans’ cultural identity.   It keeps our unique Italian American heritage alive by helping its members live and remember their heritage, pass it down to the next generation, and introduce it to non-Italians. Stop by for Italian cuisine favorites like sausage meatball sandwiches combined with Italian coffee and desserts.

Each year the House of Mexico hosts a festival called “Arte, Color & Fiesta”. It is a major fund raiser with the focus on an exhibition of art work by artists from both the United States and Mexico. Visit us at December Nights for featured foods from tamales to carne asada to tostadas, and pozole (a pork and hominy stew), corn on the cob, plantains, and churros.

The House of Norway celebrates Noregian culture. At December Nights you can enjoy viking soup, waffles with sour creat & jam, and coffee.

In September of 2003, the House of Palestine was officially accepted as one of the International Cottages. At December Nights you can try a variety of traditional foods ranging from falafel, hummus, lentils and rice, to schenring, arabic salad and baklava.

The House of Peru is the first Peruvian cultural house outside Peru. At December Nights we share delicious specialities such as arroz con pollo, soup, fried rice, rice soup, picarones, and hot coco.

The House of the Philippines is a place to learn about the history, culture and people of the Philippines.  Visit us at December Nights to try some typical foods like pancit (noodles with meat and vegetables), lumpia (beef or vegetable rolled in a flour wrap), adobo (pork or chicken prepared in vinegar and soy sauce) and leche flan (custard).

Show me what's happening in... 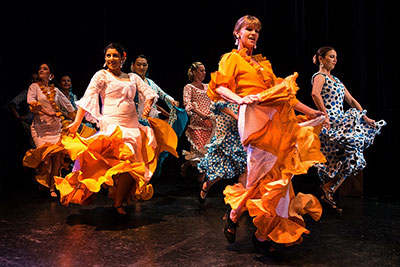 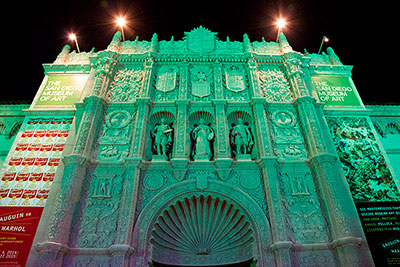 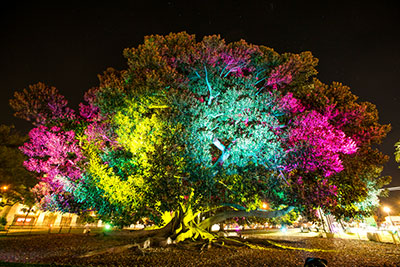