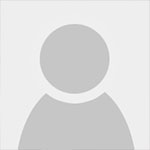 Erin Noel rejoined the Office of the Independent Budget Analyst (IBA) in September 2021. Before joining the IBA, Erin was an Associate Principal for Asset Management (AM) Policy and Planning for two years with AECOM where she worked with various public sector clients. Erin has more than 20 years of professional public sector experience in federal, state, and local governments where she worked on a wide variety of public policy issues.

Erin was previously with the City of San Diego for nine years in various roles. She was the Program Manager for Infrastructure Asset Management in the Office of the DCOO for Infrastructure/Public Works from 2014 through 2018, where she led a citywide strategic initiative (I AM SD project) to design, develop and implement a comprehensive AM system. From 2012 through 2014, Erin was a Fiscal & Policy Analyst with the IBA. Erin first joined the City as a Performance Auditor with the City Auditor’s Office from 2009 through 2012 where she led several infrastructure-related reviews. Prior to joining the City, Erin was a Senior Analyst with the U.S. Government Accountability Office (GAO) for 11 years in Washington, DC. She led and contributed to performance evaluations of homeland defense and civil support and national defense-related programs.

Erin has a Master of Public Management from the University of Maryland and graduated with honors with a Bachelor of Science in Political Science from Frostburg State University.