1930 Aerial View of the Presidio 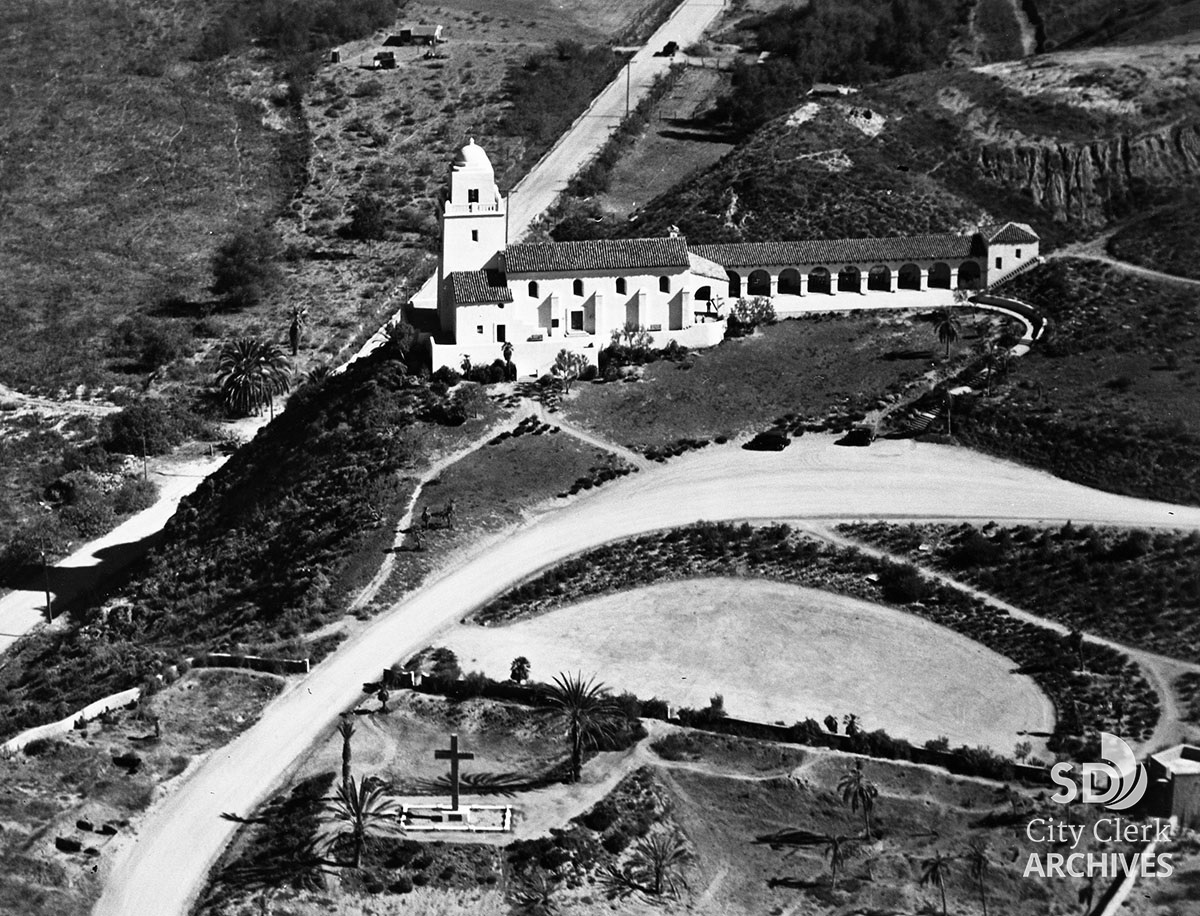 1930 view of Presidio Park. On July 16, 1769, Mission San Diego de Alcala was established by Junipero Serra on Presidio Hill. In 1774, the mission moved to Mission Valley to separate the Indians from the Spanish fort. By 1783, there were 54 troops stationed at the presidio. It was Mexican Governor's residence in the 1820s, abandoned in 1835. George Marston, a wealthy store owner, bought Presidio Hill in 1907 and built a private park. He also funded Serra Museum, built in 1928-29. Marston donated the park and museum to the city in 1929.

Provide feedback for "1930 Aerial View of the Presidio"