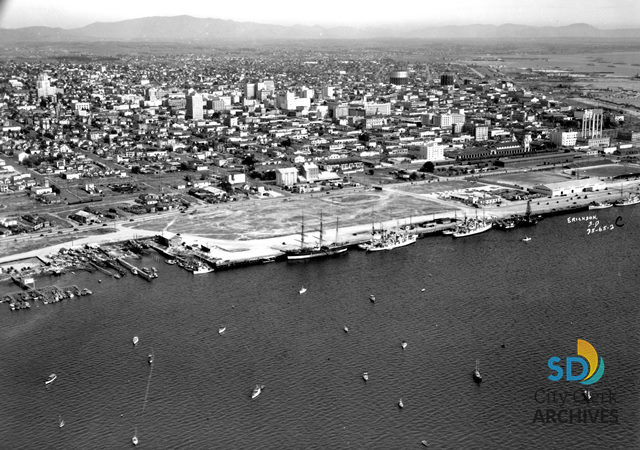 Aerial view of downtown San Diego waterfront taken in 1935. The Star of India is in the foreground. Launched in November 1863, she is the world's oldest active sailing ship. In 1926, she was sold to the Zoological Society of San Diego to be the centerpiece of a planned museum and aquarium. The Great Depression and World War II caused that plan to be canceled, and it was not until 1957 that restoration began. She houses exhibits for the Maritime Museum of San Diego, is kept fully seaworthy, and sails at least once a year. (Photo by Erickson)