1978 Press Conference with the KGB Chicken and Mayor Wilson 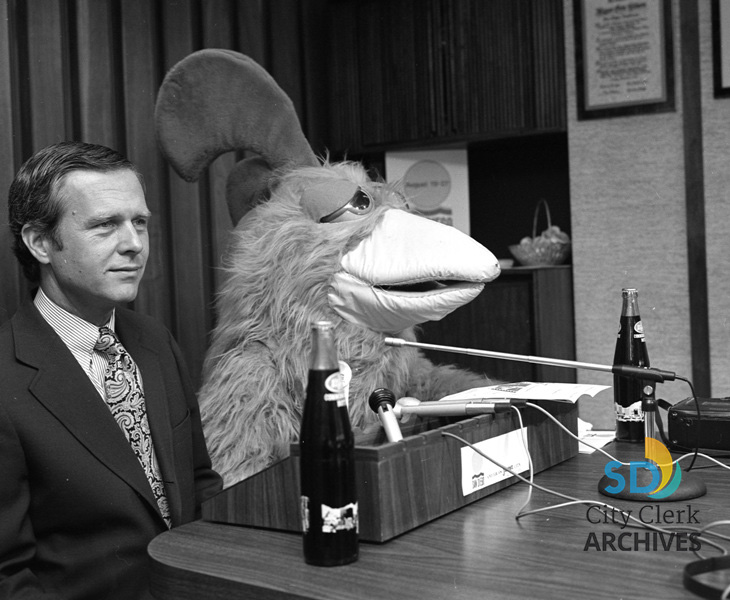 Mayor Pete Wilson and the KGB Chicken at the podium during a press conference for America's Finest City Week. The 'KGB' turned 'San Diego' (a.k.a. Famous) Chicken became one the most irreverent and iconic mascots in sports history. The character originated as an animated TV commercial for KGB-FM Radio. In March 1974, Ted Giannoulas was hired to wear the first suit. At the time he was a 20-year-old journalism major at San Diego State University. The Chicken, no longer with KGB, continues to make appearances in the United States and abroad.