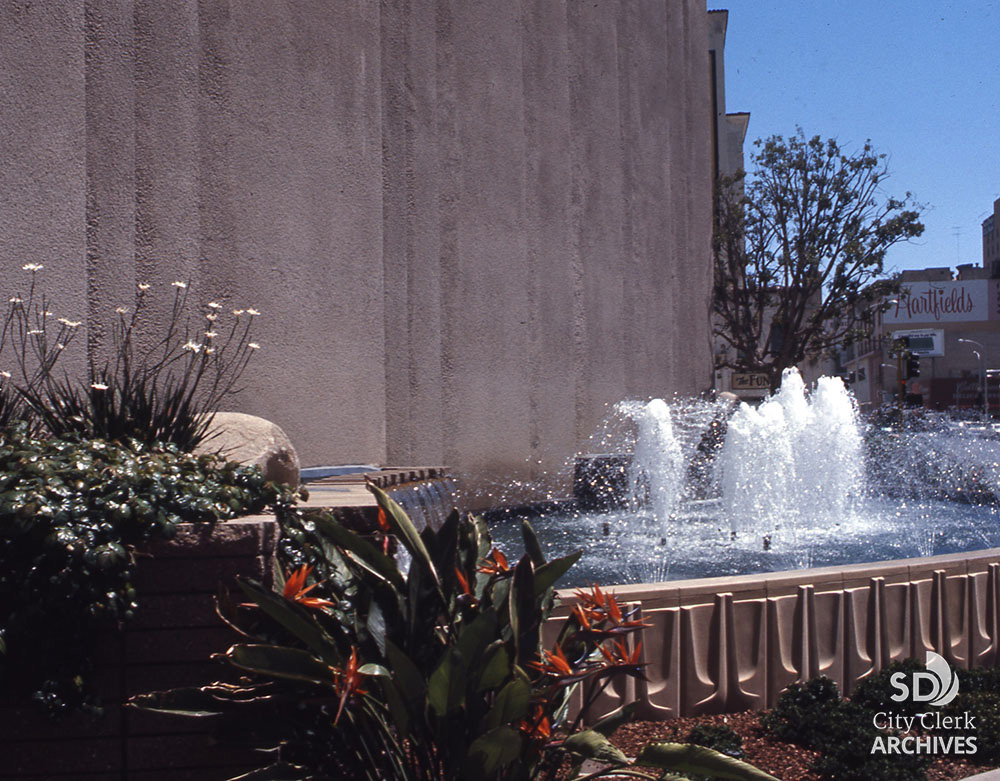 Phil Swing Memorial Fountain. The plaque reads 'The Father of Boulder Dam, All American Canal, San Diego Aqueduct, Metropolitan Water District, Dedicated this 6th day of July 1967 by the People of San Diego' and lists the names of committee members who funded the fountain and city officials. Philip David Swing (1884-1963) was influential in bringing rivers and roads to the southwest. He was an attorney, a judge, in the House of Representatives where he focused on water issues, and a member of the California State Water Resources Board.