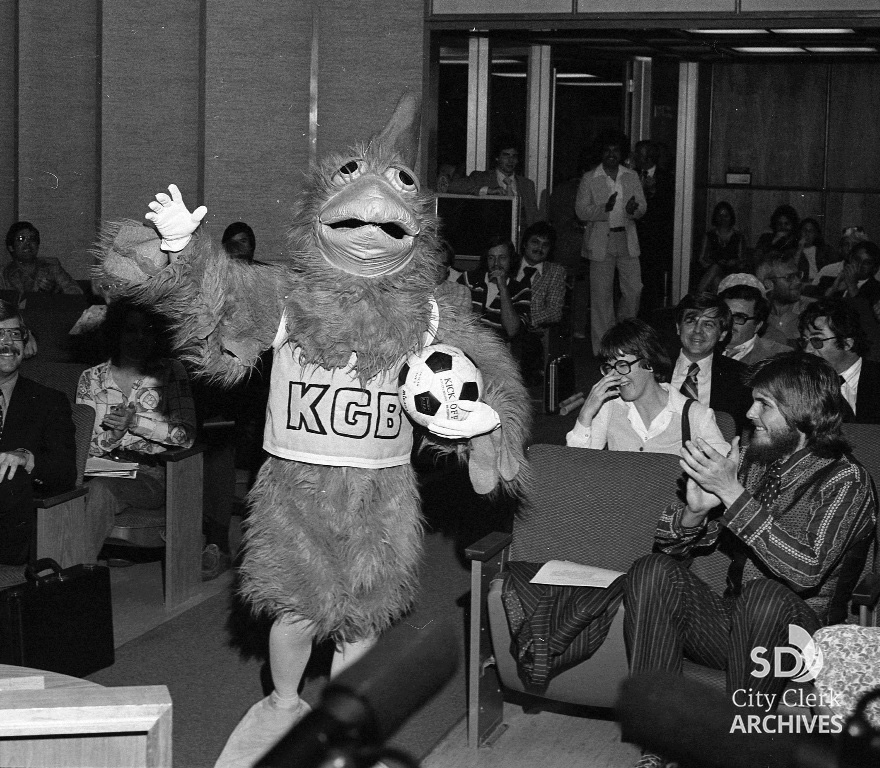 Photo taken in a City Council meeting in April 1978 where KGB Incorporated's Chicken made a presentation for the development of a soccer field in the Morley Field East area of Balboa Park. KGB donated $62,000 toward the construction. The KGB Chicken became an iconic mascot in sports. The character started as a TV commercial for KGB-FM Radio. In 1974 Ted Giannoulas, a San Diego State journalism major, was hired to wear the first suit. The Chicken, no longer with KGB, continues to make appearances in the United States and abroad.