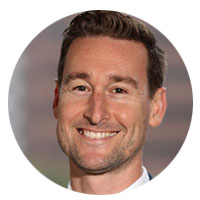 Alex joined the Performance & Analytics Department (PandA) in September 2015 and launched the Get It Done pilot project. With Get It Done, a mobile app and redesigned web interface were introduced, which transformed how customers engage with the City.

Building on the interest with Get It Done, Alex led the Get It Done expansion effort, which expanded the program from one to nine departments, over 250 end users, and the replacement of legacy applications that no longer met customer needs. The goal of Get It Done is to make it simple and easy for customers to interact with the City and provide employees with the necessary tools to work efficiently.

Alex currently leads the Technology & Innovation team within PandA. Prior to the City, Alex worked with Apple Computer as an independent publisher with coverage in USA Today and the San Diego Union-Tribune, contributed to neighborhood revitalization efforts with New City America, Inc., and worked as a Planner and Development Project Manager with the City's Development Services Department, where he was named Innovator of the Year.

Alex graduated from the University of California, San Diego, with a bachelor of arts degree in Urban Studies & Planning. He is certified by the American Planning Association's American Institute of Certified Planners (AICP) program and earned a Lean Six Sigma Black Belt certification through UC San Diego Extension.