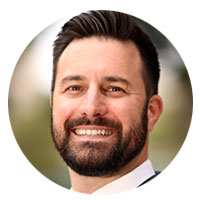 Jon joined the City of San Diego in 2016, and presently oversees the Performance Management division of the Performance & Analytics Department. He spearheads efforts to cultivate a Citywide culture of continuous improvement; support employees in making data-informed decisions; mitigate risks; and develop and implement initiatives and programs that promote greater efficiency in municipal services delivery.

Prior to coming to the City of San Diego, Jon held policy, project, and operational management roles for over 15 years in the cities of Del Mar, Beverly Hills, and Santa Clarita, and the University of California. As a member of the City of Del Mar’s executive team, he conceptualized and implemented numerous citywide programmatic and capital improvement initiatives. While with the City of Beverly Hills, Jon developed and implemented a citywide Customer Service Standards, Training & Assessment program; developed and implemented numerous digital business initiatives; served as an instructor for the City’s Management Academy; and was recognized as the 2012 City Employee of the Year.