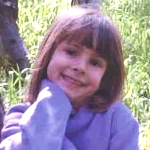 Nothing could have ever prepared us for that fateful day in July 2001. Up until that moment we felt our life was perfect. We were blessed with a beautiful seven year old daughter named Kendra Rose, my husband had a great 25 year career with Carlsbad Fire Department, where he served as a Captain /Paramedic and I was fortunate enough to be a stay at home mom.

That summer in 2001, my husband and I had decided we were going to spend family time together as much a possible. Keeping to that promise, on July 26 we headed out to the Colorado River in Arizona for a few days of boating and fun. We had only been on the water a couple of hours when Kendra Rose collapsed. When my husband could not feel a pulse, he immediately began CPR, which he was so skillfully trained in. He continued CPR for 20 minutes before emergency medical personnel arrived. Unfortunately, CPR alone was not enough and I tearfully watched in horror as my only child slipped away.

Later we would learn that Kendra Rose died from sudden cardiac arrest, due to an undiagnosed heart condition known as Idiopathic Hypertrophic Sub Aortic Stenosis (IHSS). We would also learn that had an Automated External Defibrillator (AED) been readily available, Kendra would have had 70% chance of survival in those crucial first three minutes following her SCA. An AED is a device that automatically analyzes the heart rhythm and advises the lay rescuer, through computerized voice instruction, when to push a button to deliver a potentially life saving shock to the victim. Each minute of delay before defibrillation, reduces the chance of survival by 10%.

In the following months after Kendra Roses' death my husband and I searched for answers. During that search we discovered we were not alone in our heartache and we were horrified to learn that 5,000 to 7,000 children die each year from SCA, many while at school. In an effort to increase public awareness of SCA in children and the importance of having AEDs readily available, we joined the efforts of San Diego Project Heart Beat and formed the Heart to Heart committee dedicated to SCA awareness and the placement of AEDs on school campuses in our community. Although, nothing can bring our daughter back we find comfort in knowing our Kendra's tragedy has brought about positive change in our community starting with the implementation of an automated external defibrillator program in the Carlsbad Unified School District, the first school in the state of California to implement such a program. Our school campus is now safer because they are equipped with these devices and other schools are following suit.

It is our hope that in the near future all schools will follow this lead and AEDs will be as accessible as fire extinguishers.

We encourage you to become aware, become prepared and make your schools a safer place. Don't wait until a life is lost.