In 1823, San Diego County's first Mexican land grant was awarded to the Commandante of the San Diego Presidio Captain Francisco Maria Ruiz. Ruiz built a small adobe house on the land known as Rancho de Los Peñasquitos. A few years later, Rancho de Los Peñasquitos was the first place of respite for General Stephan Watts Kearny and his Army of the West after the Battle of San Pasqual. Over the decades, the land transferred ownership several times until Peñasquitos, Inc. purchased it in 1962 with plans to develop the canyon adjacent to the original adobe house.

The County of San Diego ultimately acquired the adobe house and surrounding land to preserve Los Peñasquitos Canyon Preserve. The adobe house is the oldest known residence in San Diego. The community of Peñasquito, however, was developed to the north of the Canyon Preserve and continues to flourish in the rolling landscape of the area. The Rancho Peñasquitos community now encompasses approximately 6,500 acres including Black Mountain Regional Park. The community has a diverse topography that is characterized by numerous canyons, hillsides and ridges. The most prominent feature of the community is Black Mountain which rises to an elevation of 1,500 feet. 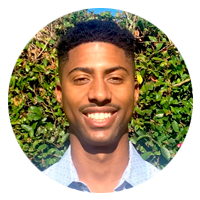 Rancho Peñasquitos Planning Board
Due to COVID-19 all community meetings are being held via Zoom until further notice. Please contact the community group chair listed for meeting information.
Chair: Jon Becker
rppb.chair@gmail.com
(619) 881-3264