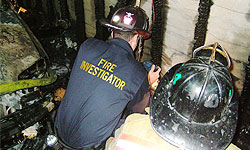 The Metro Arson Strike Team (MAST) is called if an incident involves a suspicious fire or explosive devices.

MAST was formed in 1980 in response to a growing arson problem in the city, as evidenced by the devastating fires at Balboa Park's Old Globe Theatre and Aerospace Museum in 1978. 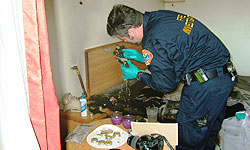 Staffing is arranged so that the City of San Diego has coverage for fire investigations and critical explosives and bombing incidents 24-hours a day, 365 days a year.

The Metro Arson Strike Team is staffed by: 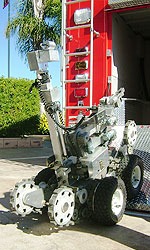 In addition, MAST utilizes a variety of specialized equipment in examining fire scenes and conducting explosives related operations. One of the unique resources is Andros, the bomb disposal robot.