The General Plan’s Housing Element is the City of San Diego’s housing plan. The City, along with all California cities and counties, is required to adequately plan to meet the housing needs of everyone in the community, and to update its plan every eight years. The foundation for the Housing Element is the Regional Housing Needs Assessment (RHNA), in which the State estimates each region’s housing needs for all income groups for the upcoming eight years. Each region (for San Diego, the region is all of San Diego County) then determines how much of the region's total housing needs to be produced for each city and county in the region. The City of San Diego's portion of the County's RHNA target for the 2021-2029 Housing Element period is 108,036 homes. This goal is further broken down by income group.

The September 10, 2021, letter from HCD finding that the City of San Diego’s General Plan Housing Element 2021-2029 in compliance with State law is available at the following link.

The City sent a letter to HCD on September 15, 2021, in response to the HCD Compliance Letter. The letter is available at the following link. 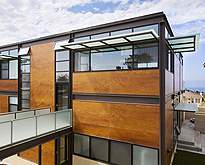 The City of San Diego General Plan Housing Element 2013-2020 was adopted by the City Council of March 4, 2013. The document can be viewed from the link below, or purchased at the City Clerk's Office, 202 C St., Second Floor, in downtown San Diego.

The Adequate Sites Inventory is a state-mandated inventory of parcels which, based on the methodology described in Chapter 7 of the Housing Element, have some potential for residential development, based upon existing zoning or community plan land use designation.

On April 5, 2013, the state of California Department of Housing and Community Development certified the City of San Diego’s General Plan Housing Element 2013-2020, finding it in full compliance with state housing element law. 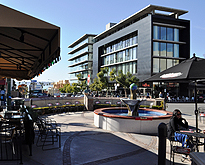 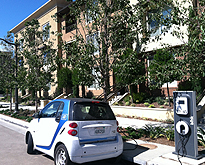 Element. The City of San Diego also produces reports on housing to meet other requirements and needs. These reports can be found on the web page linked below.